This Is What School Lunches Look Like In America [100% Real]

Posted on March 2, 2015 by You Monsters Are People

A friend of mine shared an article with me that showcased how much better the rest of the world’s kids have it than the ones in America when it comes to food. It’s a well known fact that the school lunches in the United States are abysmal but actually seeing them posted in an article without citations really hit the point home for me. Farmers probably feed the pigs we slaughter for food better than most schools feed our country’s greatest national resource—children. We cannot sit idle as the best and brightest are forced to eat unhealthy gobs of processed GMO garbage while France is feeding its youngsters aged brie and the finest seasonal wines available. Did you know that Spain is giving out garlic prawns and paella with truffles to every student who chooses a hot lunch? Greek children are treated to a morning yogurt and are then serviced with thin slices of smoked lamb throughout the the day while teachers play the harp until everyone doses off. Upon waking, white-robed beauties are available to feed the kids grapes and usher them onto buses. Meanwhile, American lunches would be difficult to distinguish from dog food in a blind taste test.

While research seems to indicate that the United States is slipping academically in nearly every major category, sometimes even falling below the global average, we should definitely focus on the presentation of the food that comes out in cafeterias first. China, South Korea, and Japan must have some delicious and beautiful school lunches because their academic test scores continue to be through the roof. But even some countries that aren’t known for having exceptionally tasty foods, like Poland and Ireland, are edging out the United States. My guess is that they are probably importing French cuisine via cargo helicopter on a weekly basis.

Wanting to contribute toward a solution for this problem, I went out across America to investigate the kinds of lunches that schoolchildren were actually being fed. My findings were deeply unsettling. The lunches being provided by most schools were absolutely not enough for children to feel like they’d had an artisanal food experience. These meals would not satisfy the cultured palate of any eight-year-old who was a fan of the Food Network. I spoke to numerous frail looking children that told me that hadn’t even bothered to eat breakfast and could not afford to eat the school lunches. My heart swelled with pride as I told them, “Good. Don’t settle for less. If you can’t get an Eggs Benedict with bacon, then you might as well pass until you can get a kale salad with vegan cookies. Skip as many meals as you have to in order to make your point.”

Meanwhile there were a plethora of heavy children that seemed content to eat whatever was placed in front of them. Had this food been attractive and locally grown, I have no doubts that their unhealthy overweight bodies (which are beautiful and normal) would never have developed. It is with great shame I bring you some example photos of the ACTUAL meals being served to the children of this country. Viewer discretion is advised as some of these 100% real images might be NSFW. 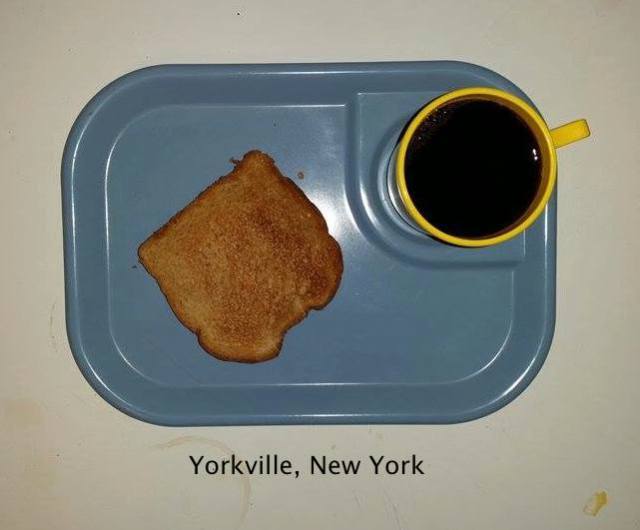 Coffee and a single piece of toast. 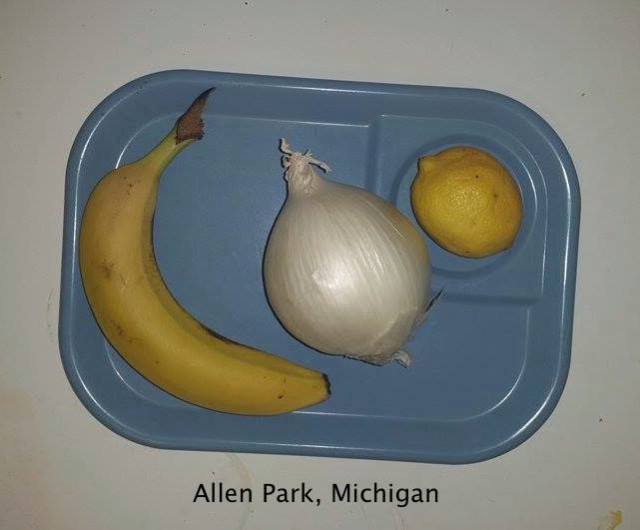 A “fresh” banana, an extra sour dill lemon, and one whole white onion. 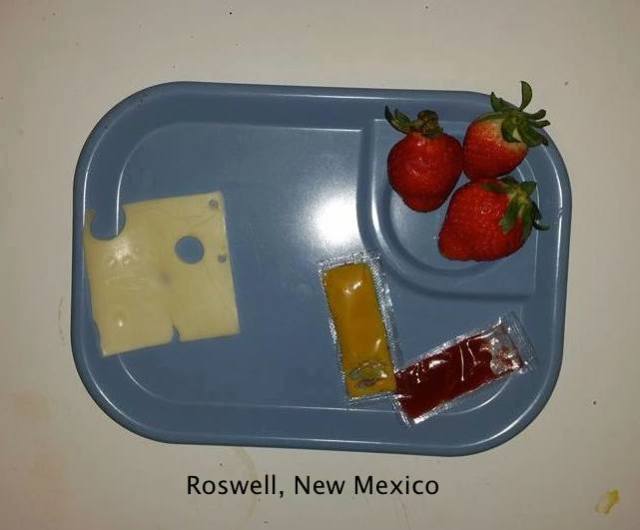 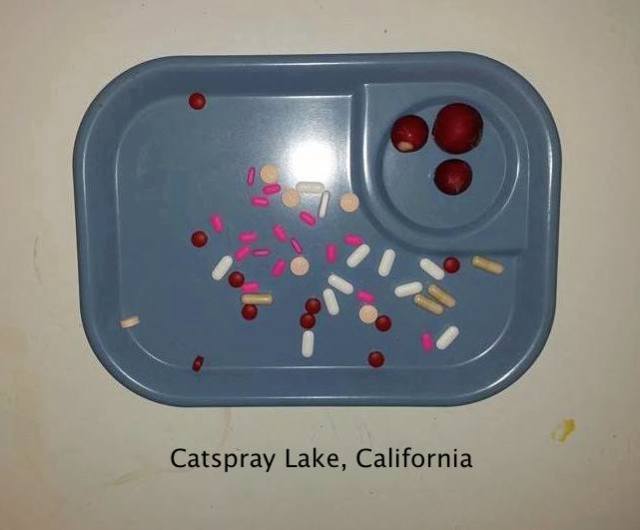 A handful of old radishes and various pills. 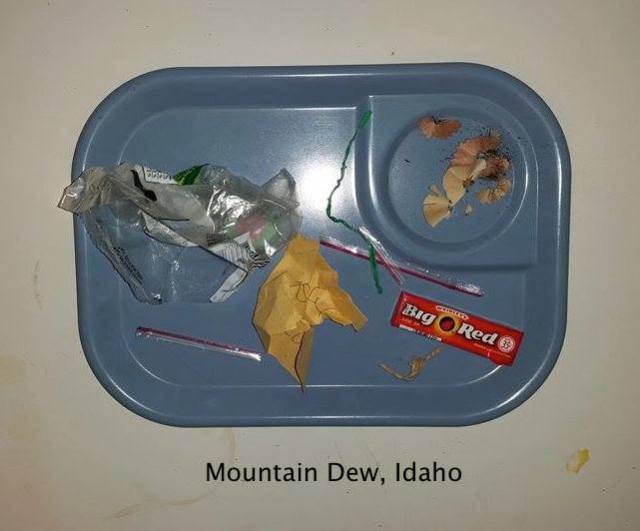 See the absolutely incredible article that inspired this one here.

Wisdom, wonderment and weird for everyone.
View all posts by You Monsters Are People →
This entry was posted in america, Current Events, Dark Humor, history, humor, Internet Culture, Life, society and tagged American lunches, children's nutrition, don't be a moron, everyone on the internet is an idiot, food, food culture, foodies, health, healthy eating, nobody in France is feeding kids twelve bucks worth of cheese a day, satire, school, school lunches, sweetgreen. Bookmark the permalink.