The Information on Osculation: A Brief Kisstory

Posted on September 12, 2013 by You Monsters Are People

Millions of years ago one caveman told another, “Put your mouth on my mouth. I bet it will feel totally good.” and kissing was born. Ever since that day, the origin and rules of kissing have been debated fiercely by history’s greatest minds. Today I plan on becoming one of those minds by attempting to help you navigate the logistical catacombs behind mouth-to-mouth contact. Together we’ll decipher kissing’s deepest mysteries and establish a basis for all of your future pecks, smooches, and snoggings. To begin, it should be established that the thing I just said about cavemen was entirely made-up. The most commonly accepted theory is that kissing evolved from the practice of family members passing chewed food into babies by mouth and became a way for families and tribes to greet each other. I know, gross.

But most of us grow up kissing our family members until society tells us to tone it down. Historically, there have been a lot of conflicting rules about kissing your dad in general, but especially on the lips. I literally think about it every day, sometimes late at night when I’m alone. Ancient texts, like the Bible, are always having sons kiss fathers passionately but things aren’t quite so simple anymore. These days you can only kiss dad-mouth for a set number of years until it’s suddenly frowned upon. I remember the last time I kissed my father on the mouth clearly, mainly because he had a mustache. That’s a sensation that finds a deep crease inside the memory part of your brain and sets itself up to live forever.

But, while the etiquette is debatable, something changes in you once you’ve kissed romantically. The first time I stuck my tongue into another person’s mouth something inside me changed forever. While the term “French-kiss” is usually attributed to early 20th century France’s reputation of being more sexually progressive than the rest of Europe, there are conflicting theories that predate it. In fact, one such theory claims the term actually came from a previously held belief that there was a pathway off the esophagus directly above the heart that, if stimulated, would create a permanent feeling of love and adoration. This idea, developed by 16th century French doctors, was also applied to the intestinal track’s appendix. While we don’t have any evidence to back this up (and may have even made it up), I did make a drawing illustrating it.

So when you’re in your late teens and your uncle plants one on your mouth after you haven’t seen him in two years, your mind sort of doesn’t know what to do with that information. When that happened to me, my brain sent me messages to laugh, cry, respect his bold move, feel ashamed, kill myself, become very upset, and still love him simultaneously. Looking over to my father for comfort, I found none. His eyes were as dead as I was to him as a son in that darkest of familial moments. Nobody knew what to say to each other during the car ride to Old Country Buffet. We sat in the kind of silence where you could hear the the tires moving from one slab of concrete to another.

In hindsight it probably wasn’t as big of a deal as we all made it out to be. That side of my family was, by and large, unapologetically affectionate. I have seen them kiss dead bodies; not for some twisted gratification but as a way to show their affection for the person and say goodbye. When I really think about it I suppose it isn’t really all that bizarre when you take out some of the social taboos. If someone I knew, that genuinely cared about me, kissed me right on the mouth, I’d probably react as if I had been licked on the mouth by a dog. I would recoil in horror but laugh and generally feel pretty alright about the experience. Maybe our days would be more enjoyable if we were more impulsively affectionate with the people we love.

But, in adulthood, kissing is almost strictly a romantic affair. It’s no secret that I’m an above average kisser. It was my saving grace in high school because I drove a minivan and looked like I was starving to death. So the second someone told me I was a good kisser, I immediately told everyone else I knew. But, as it turns out, telling people yourself isn’t very confidence-inspiring so one year of my college life was spent making out but not having much sex. I was planting the seed and practicing my technique like some sad, olympic athlete training for an event that doesn’t exist. As I got older, I noticed that the concept of making out was being dubbed sort of silly and it stopped coming up so much.

Over the summer I made out with a complete stranger for the first time in my entire life. I had been drinking gently all day with friends and it began to crescendo at a club in Brooklyn. It was the kind of place where you could go out on the roof to look at the cityscape skyline and reflect if only you weren’t so very drunk. I still managed to attempt it with mixed success but the music eventually changed from smooth jams to electronic mayhem and my mind became hazy with alcohol. Before long I had a charming encounter with a young lady trying to avoid the advances of another male. We joked briefly and, before long, I was sucking face with a woman I had never met before. A pretty face that knew it’s way around a joke had attached itself to me for reasons I still do not entirely comprehend. But I had a great time and genuinely liked her. While her technique was superb, I remained painfully aware that I was in a very public place. No matter how much more I drank I couldn’t shake the feeling that our kissing didn’t look nearly as good to the outsider as it felt to us.

When I was six the same thing happened to me only it was a wedding and I only got kissed on the cheek. I thought I loved that girl for about week, I even told my mom about her. It’s strange how a similar event over twenty years later has a very different feeling. Everyone thought it was adorable when I was six but I bet nobody thinks that when two forty-six year olds are eating each other’s faces off outside of an Applebee’s bathroom. Well, I say shame on all of us for judging them and urge us all to try and envision the innocent children that they used to be. Imagine them making out as seven-year-olds and see how you feel. 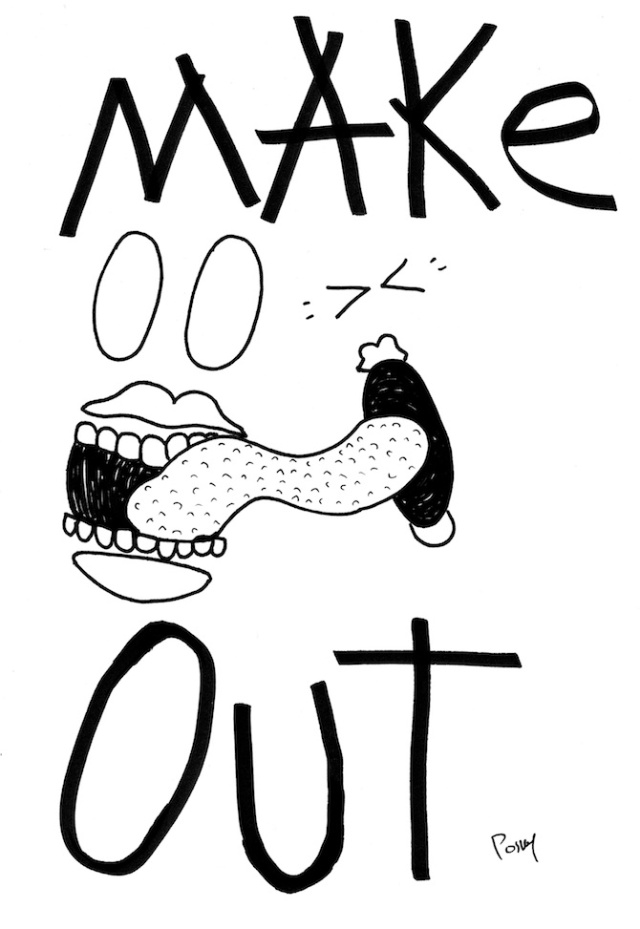 30 Responses to The Information on Osculation: A Brief Kisstory